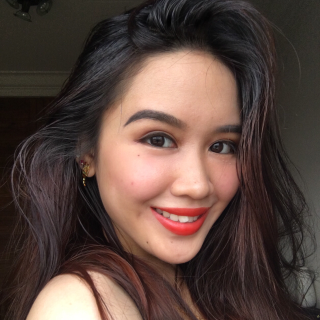 Corporate slave & victim to the capitalist education system by day, sad writer and rage-quitting gamer by night. Balanced, as all things should be.

One doesn’t have to look deep into the internet for websites like BestGore and Goregrish. Shock sites, also known as gore sites, are websites featuring a plethora of violent, gory images and videos intended to be offensive or sickening. Freak accidents, cartel murders, executions and mutilated corpses can be found in the thousands, with new disturbing content posted every few seconds.

Most countries have long banned gore sites due to the graphic nature of their content, and several sites have been taken down after encountering legal issues. However, with the help of VPN, people continue to access these sites from all over the world. How did websites like BestGore even come to exist, what continues to fuel their existence, and what kind of impact do they have on the public?

Following a rough timeline of the establishment of early shock sites, Rotten.com was one of the first few shock sites that dated all the way back to 1996. True to its motto, “Pure Evil Since 1996”, the site was filled with videos of murders and pictures of the deceased, even going on to launching new projects that specialized in the sale of murder videos. Later on in 2006, Ogrish was launched. Ogrish was known for their war and terrorist related content, and soon after re-branded as LiveLeak.

Massively popular Canadian shock site, BestGore, was founded by Mark Marek in 2008. The gruesome content hosted by BestGore included suicides, mutilations, murders and fatal accidents. Eventually, its operation led to a 6 month conditional sentence for Mark Marek for “corrupting morals” when he posted the murder videos by Luka Magnotta in 2013.

Other shock sites such as Necrobabes, Gourmet and Cannibal Café focused on particular niches and targeted would-be cannibals and necrophiliacs in the early 2000s.

Many shock sites were launched with the aim of posting content that mainstream media refused to show. In 2007, BBC program Panorama questioned the violent videos posted to LiveLeak, to which co-founder Hayden Hewitt retaliated by stating that he will not take them down because “all of this is happening, this is real life, this is going on [and] we’re going to show it.”

The founders of LiveLeak claimed the site was created with the “intention of taking real-life footage, politics and world events and combining them with the power of citizen journalism.”

According to Courtney Radsch, citizen journalism is “an alternative and activist form of news gathering and reporting”. The public’s involvement in the process is what makes up the entirety of this form of journalism, resulting in mostly user-generated content (UGC). Radsch also stated that this type of reporting is usually in response to any “shortcomings in the professional journalistic field”.

“The philosophy of the right to freedom of expression would be meaningless without the right of the public to have access to information. When I was prosecuted for informing the public on what really went on around the world, the authorities tried to take the former away from me, and the latter away from the world.”

This want for freedom of expression and attempt at showcasing the real world led to many controversies for sites like BestGore (Luka Magnotta murder video), GoreGrish (Ngatikaura Ngati autopsy images) and LiveLeak (Fitna anti-Quran film).

Contrary to popular belief, a shock site’s audience isn’t necessarily made up of sadists and truth-seeking fanatics. To understand why there is always a demand for shock content, one must understand the way the human brain reacts to these things.

The excitation-transfer theory was proposed by Dolf Zillmann to explain the complex emotions felt when the body reacts to a stimulus, which in turn amplifies the excitatory response to another stimulus. With this theory, it can be said that when looking at graphic content, the mind will react in such a strong manner that the brief state of excitement makes the body much more sensitive to other materials in the shock site.

Dr Dean Burnett, a professor in psychiatry, compares this to riding a roller-coaster: “Once you get off, you’re in that giddy, excitable state that comes from an adrenaline rush, where you feel more alive.”

In addition to the excitation-transfer theory, Dr Burnett talked about the just-world hypothesis, a theory where, in a fair world, bad things happen to (bad) people who deserve it, resulting in a disconnect between the victim and the person watching.

These theories, coupled with curiosity, are some of the reasons people re-visit shock sites. It’s possible that many return to feel the varying emotions of horror and high without actually finding the content enjoyable, and some may have become desensitized to the content.

In other cases, some people simply find pleasure in the violent and morbid.

In 2001, Armin Meiwes, an aspiring cannibal, posted an advertisement on Cannibal Café looking for people willing to be slaughtered and eaten, to which Bernd Jürgen Armando Brandes responded. The two met in Meiwes’s home in Rotenburg, where they videotaped their encounter in a 4 hour long video.

Meiwes proceeded to drug and slaughter Brande, chopping up his body and consuming up to 20kg of the flesh. Meiwes was arrested in December 2002 for manslaughter and was sentenced to 8 years in prison. In a retrial, Meiwes was given a lifelong sentence with no parole after his psychologist found that he still fantasized about consuming the flesh of young people.

According to the prosecution, this was what caused Coutts’s sexual behavior and murderous intent, although critics doubted this argument since his behavior preceded the exposure to such content by 5 years.

When scrolling through the comments section of these sites, it’s easy to distinguish between those who are there to watch and move on, and those who use the platform as a medium of entertainment. Scores of comments can be found under several videos egging on the violence, with some users even asking to take it to the next level.

The appeal of the nightmarish content provided by shock websites is understandable once we see how the curiosity of man plays the part. To an extent, it’s relatively normal to stumble across such sites and find yourself going back for more. Shock sites rely heavily on the shock factor to continue gaining momentum from their audience, meaning the more extreme the content, the more attention and engagement they receive.

Noting their method of news gathering and reporting, they are unable to brand themselves solely as news media outlets. Instead, they portray themselves as alternative independent bodies reporting on news that mainstream media refuses to show. Shock sites survive to this day mostly because of the demand for the many categories it features e.g. snuff, cannibalism, necrophilia etc.

Does research show correlation between shock sites and crimes?

Many seem to believe that being exposed to such content will eventually encourage someone to commit crimes related to whatever they’re watching, such as the argument of the prosecution in Graham Coutts’s case. However, in both the cases of Coutts and Weises, they continued to show the same behavior even after losing access to extreme material.

It makes more sense to say that those frequenting the websites because they find it enjoyable are most likely there to feed their own pre-existing fetishes.

Are shock sites a concern? As of now, there doesn’t seem to be any real problems associated with shock sites other than the occasional backlash on the lack of moral and ethical standards of these sites. New sites are popping up everyday but get shut down quickly while bigger sites like BestGore and LiveLeak remain almost untouchable. BestGore founder, Mark Marek, however, has announced that he will no longer be a part of the infamous site after 2019.

When navigating shock sites, it’s important for the user to take caution and be aware of their own mental capacity for the material they’re about to witness. No matter how hardened you may think you are, some things never leave your mind.

Corporate slave & victim to the capitalist education system by day, sad writer and rage-quitting gamer by night. Balanced, as all things should be. View all posts by Santini Priya